I’ve wanted to go to the Lego Exhibition for a while, but at £16.50 it seemed a tad expensive, but we decided to go last weekend anyway, as it had looked pretty cool online and we didn’t want to miss out! Based just off Brick Lane (opposite Rough Trade), the ‘Art of the Brick’ exhibition was swarming with people, so we took this as a good sign, as well as the fact that the exhibition has been extended until April. It was painful to pay the full amount, but we got rather excited as we walked in as it was very dark and there were massive Lego blocks everywhere, making it all a bit surreal! 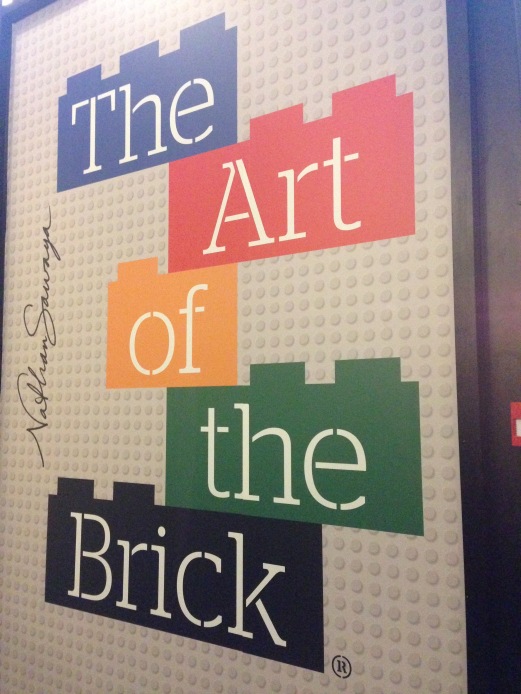 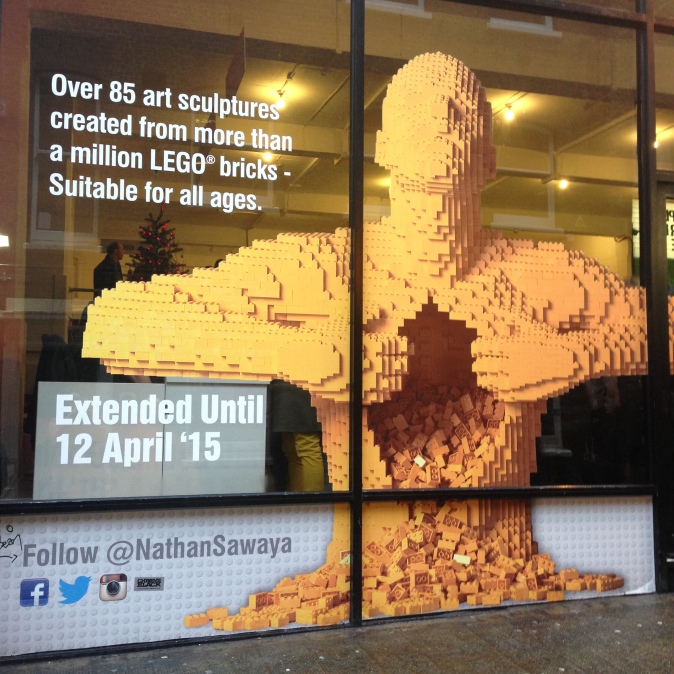 The exhibition started off with a short video about the artist Nathan Sawaya, who explains that he ‘used to be a lawyer but quit as he needed a creative outlet’ so he started to build things with Lego instead. This is something you’ll hear a lot. You’ll also hear ‘art is important’ and ‘don’t let anyone hold you back’ – basically this Nathan guy is mega cheese.

So, on to the Lego. I found the most impressive works the ones that were copies of real famous marble statues, but replicated in Lego. I also loved the replicas of famous art works that were made up of flat Legos..they were really clever. 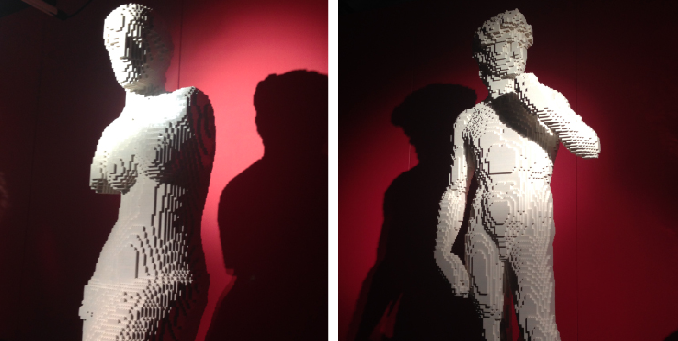 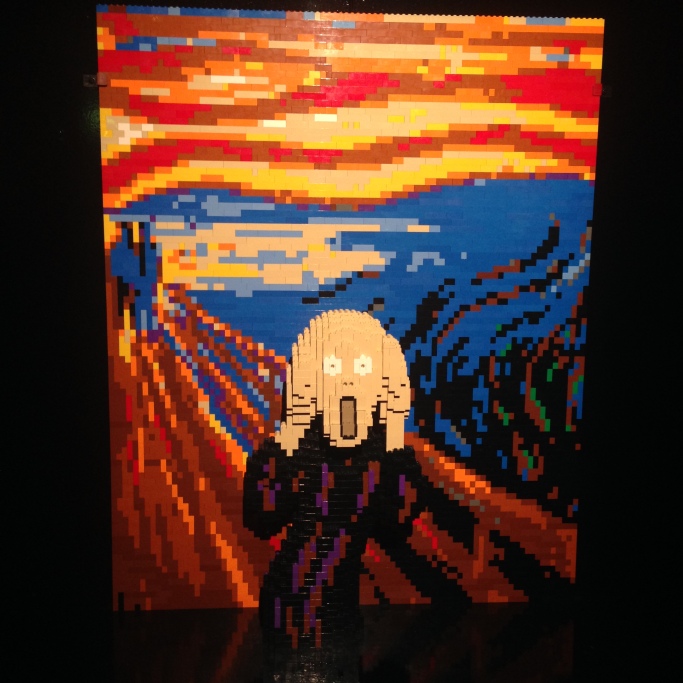 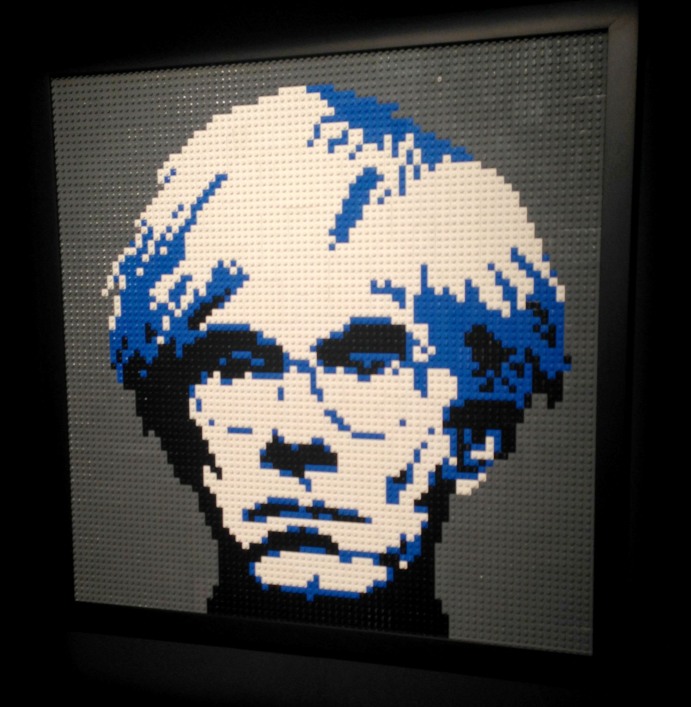 There were lots of kids walking around the exhibition too, which made me really nervous that they’d smash the place up! There were lots of random bits and bobs, the giant coloured faces were cool, and massive. I also liked the giant pencil.. I mean who wouldn’t like an oversized pencil made of Lego?! 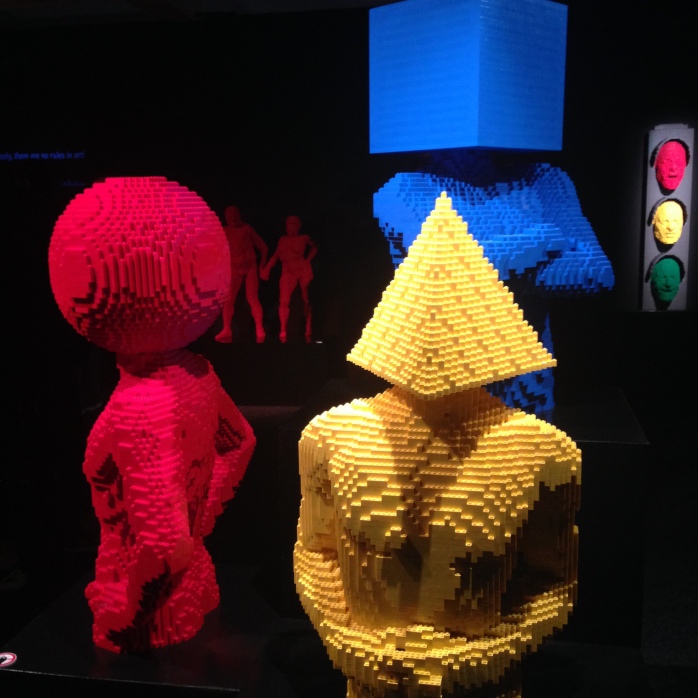 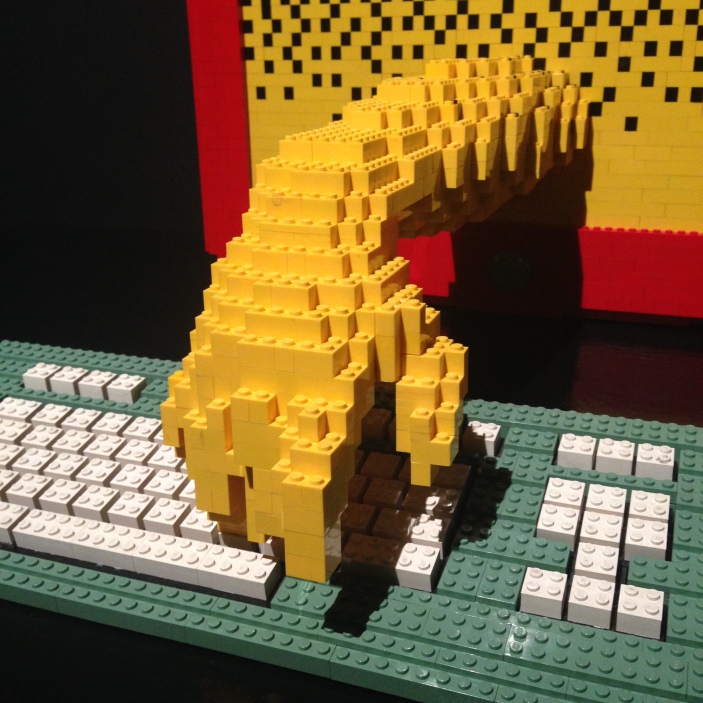 The best bit definitely had to be the massive DINOSAUR! Also I saw some girl take a super serious selfie with it, which made us laugh. All in all the exhibition was a lot of fun but definitely not worth the money we paid..also I’ve basically shown you half of it! I would visit if you have the chance though as it’s good for a rainy day if you have some spare Christmas cash… 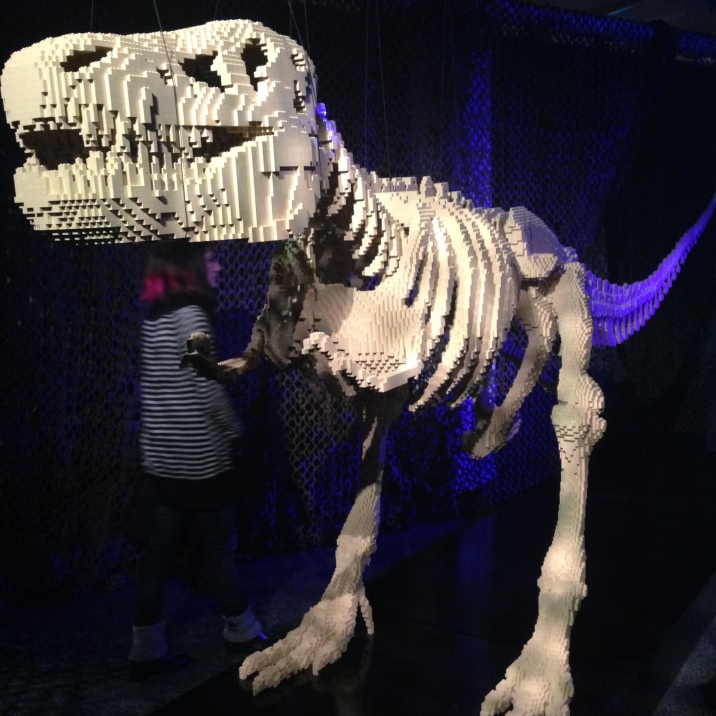