Holiday blues. Are they a real thing? Being such a home bird I usually get to a point when I’m away where I feel ‘right, I’m ready for my own bed now’, but yesterday whilst driving around a grey, glum Surrey, I thought about the past ten days and was definitely sad that I’m not back in the care free Californian sun. When planning a trip to San Francisco for my cousin Sami’s wedding, we had the idea to visit LA for a few days before hand as it’s only a one hour flight away. Amazingly the friends I had been to LA with three years ago were up for coming along too, so we got started planning a fun packed four day trip.

The Air BnB we booked was simple and had everything we needed. Oddly it was in someone’s back garden so we slightly felt like the weird relative that had fallen on hard times! We chose to stay in Venice as this area was close to the beach, and is generally a lot nicer (and safer) than Hollywood where I stayed before hand. Seriously… Hollywood is disgusting! Our friends found an Air BnB ten minutes away, which we aptly nicknamed ‘The Brown Palace’ as much to our amusement everything inside was brown! 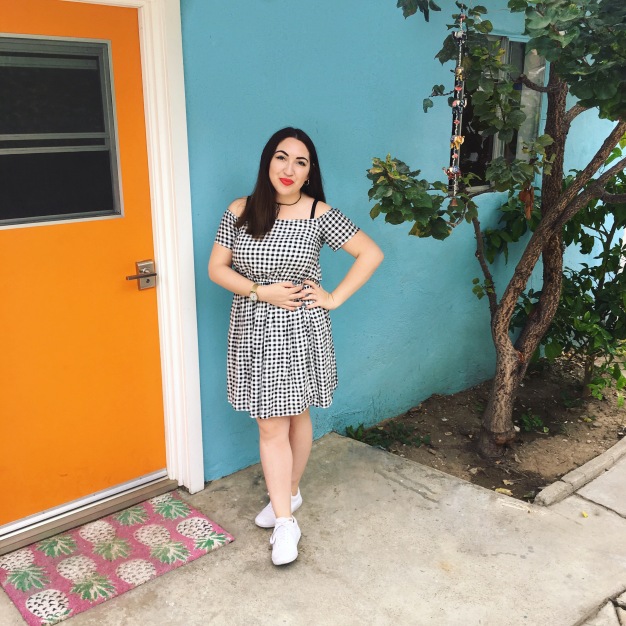 Day 1// Our first stop was obviously food related. ‘Eggslut’ was high on our list of places to visit and when we were greeted with a queue to enter the building we knew it would be worth the wait! Think an egg McMuffin on crack, Eggslut did not disappoint. In fact we were so blown away by it’s deliciousness, for the rest of the day we couldn’t stop talking about how great it was, and ‘I miss Eggslut’ was uttered more than once. We then took a stroll down the very cool Abbott Kinney, where I accidentally ordered the world’s SOUREST drink at ‘Lemonade’ (big mistake), and had a gander around the most beautiful stationary and homeware shops. Seriously these shops were the most ME places I have ever visited, and every other minute I was gasping and pointing at something I wanted to take home.

We then jumped in an Uber to The Beverley Hills Hotel, to sit poolside and feel glamorous (as well as check out their famous palm leaf wallpaper!) The hotel is simply stunning, and besides spending $29 on three coffees (jesus) it was such a lovely experience. With rooms starting at $400 a night, B said that one day we will stay there – so I’m holding him to that! 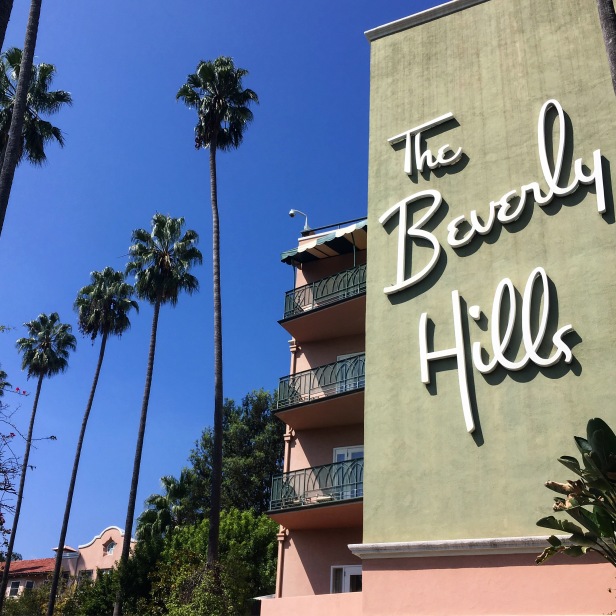 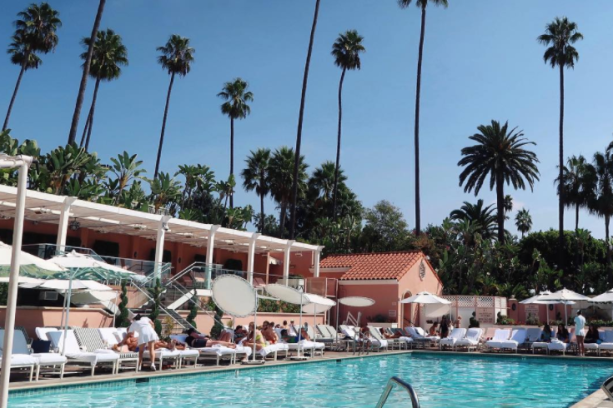 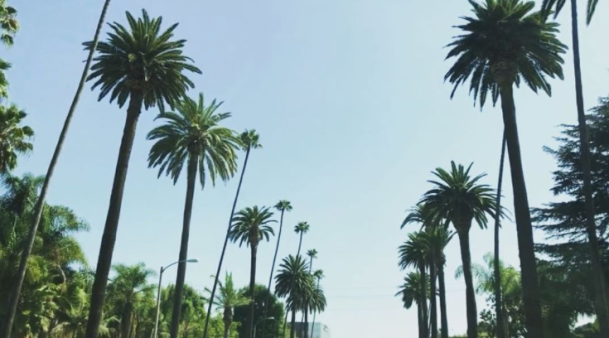 Next on our list was a trip down Melrose Avenue. Last time I visited Melrose, Tyler The Creator skateboarded right past me, which was surreal! There are such a mix of stores there, and there was a crazy line outside Supreme as they must have been launching something new. I also finally got to see the Paul Smith pink building in all it’s glory. I’ve seen so many bloggers post pictures of them posing up against it, but I was genuinely shocked to see a queue of people actually waiting to do so! The store security even had their own rules for this – photos can only be taken on a proper camera (no phones) and we were only allowed to stand in a certain spot due to them repainting it! Oh LA, you crazy. The building did look incredible though, especially against the clear blue sky!

Day 2// I had been excited for day two for ages as it was the long awaited visit to Universal Studios! The reason I was looking forward to it so much, is because of the ‘Springfield USA’ Simpsons themed area and ride! Everyone knows that my brother and I are THE biggest Simpsons fans, (we both just got Simpson tattoos for God’s sake) so for us this was a dream come true. With places to eat such as ‘Krusty Burger’ and ‘Lard Lad Donuts’, the park also had it’s own ‘Kwik-E-Mart’ and ‘Moes’. They had gone to town with the details and everything was spot on! A personal highlight was meeting Bart and all the other characters (I was booing at Sideshow Bob, sorry random man inside the costume) and of course the Simpsons 4D ride was insane. It was such a fun day and we did pretty much all the rides, and I came away with the sorest throat due to screaming so much! We finished the day with dinner at ‘Sushi Dan’, an amazing sushi place that my friend had found. The food was so good that disappointingly I forgot to take any photos. Boo! 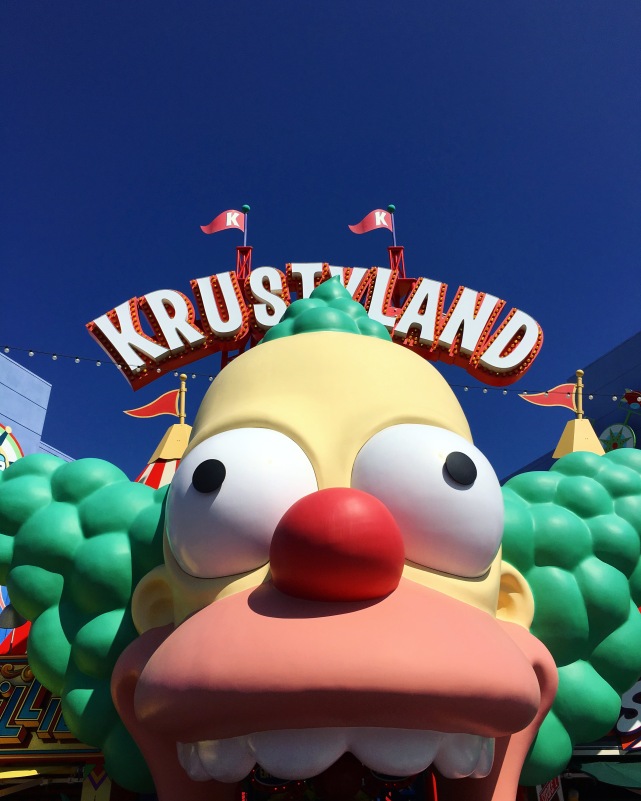 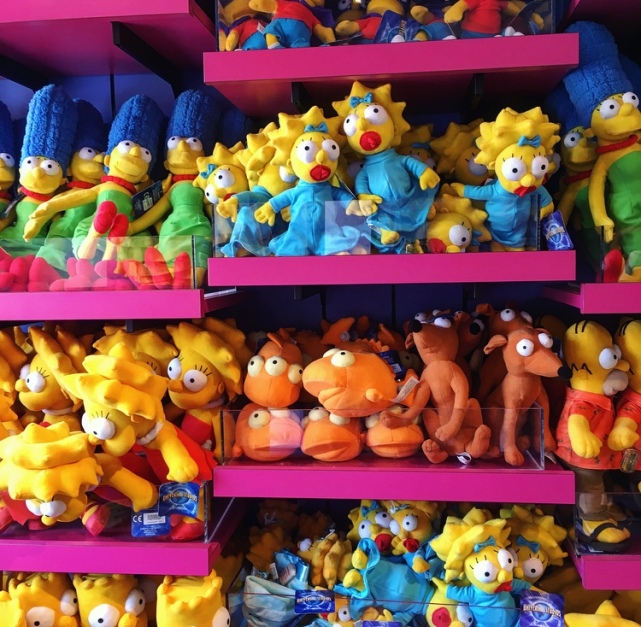 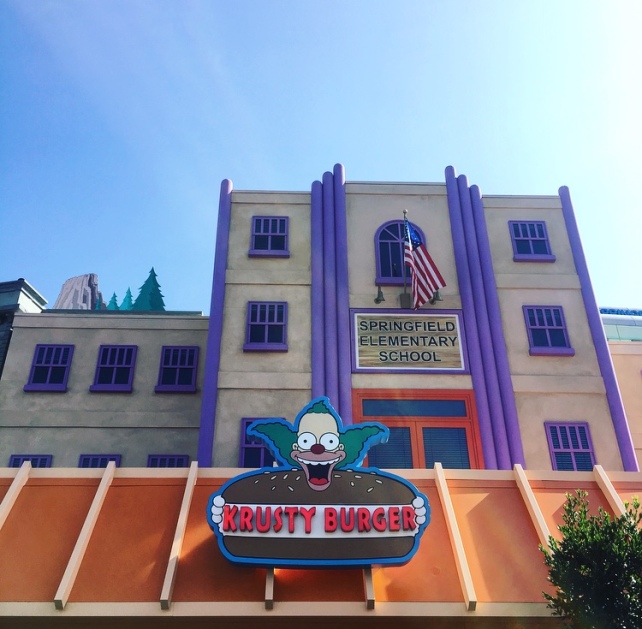 Day 3// Our last full day started with breakfast at ‘Gjusta’, a super cool spot that B found online. The interiors were beautiful, with food to match. I was so impressed I even picked up a cheeky chocolate croissant to go after we had finished! We then walked down to Venice beach and rented bikes for the day, to cycle down to Santa Monica. The weather was glorious, and I even got a little bit burnt! We went to the pier and had a mooch in the local shops, and then had the most delicious lunch at Cha Cha Chicken. We had lunch there when I was last in LA but this Caribbean eatery was even tastier than I remembered. Coconut chicken yaaaas. 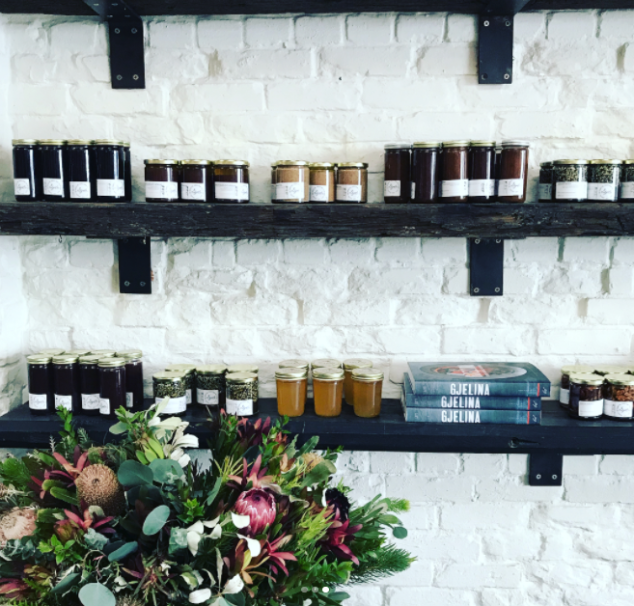 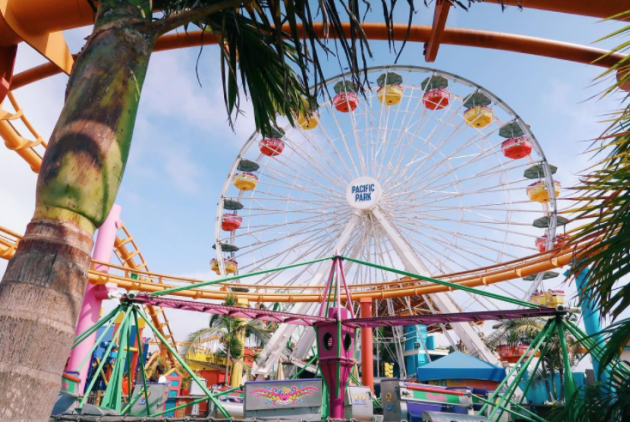 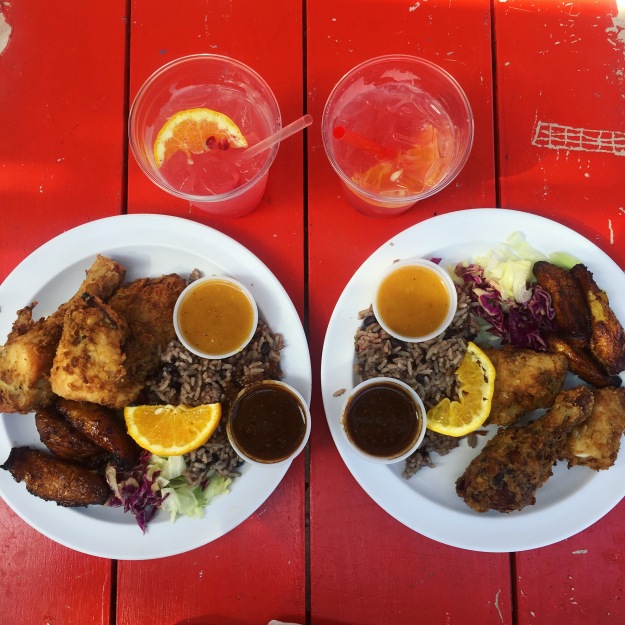 Later that evening we went to the speak-easy ‘No Vacancy’ which was hidden down a quiet residential street in Hollywood. Walking in to this unassuming house front we seemed to stumble into a brothel, with a lady of the night(?!) perched on the bed, she welcomed us in, when all of a sudden the bed broke away to reveal a hidden staircase underneath! We definitely didn’t play it cool and ‘ohhh myyy godddd’ echoed as we made our way down the stairs! Downstairs was a dimly lit bar with different rooms and an outside area. No Vacancy also seemed to be home of the world’s STRONGEST drinks, and I really struggled to even have half of one! My never ending jet lag found me asleep in the bar come 11.30pm, but it was still a super fun, hilarious night and an amazing experience, thanks for finding it Stef!

Day 4// It was sad goodbyes as we parted ways with our friends and set off to the airport to fly to San Francisco. We had such a fun time in LA and did everything we had planned to do, and made some great memories in the process. See you in San Fran!