So recently it seems I’ve taken a liking for activities aimed at kids… blame it on Legoland – I mean why should kids get all the fun?! I’ve wanted to go to Gravity Force – ‘The UK’s largest trampoline park’ for a while, but it was speaking to Stef about a video he filmed there recently that made me take the plunge and book an hour slot there for the bank holiday Monday (dragging two of my girl mates along with me). Well I say ‘dragging’ but they were also pretty much excited about it all weekend. When we booked, we realised there are lots of different experiences you can take part in at Gravity Force.. there are exercise classes, dodgeball games and most exciting of all – A DISCO! We were so totally up for a trampoline disco (who wouldn’t be) but our hearts broke when we  realised that you have to be aged 13-19 to take part..that is when the embarrassment set in too. It’s only £10 for the experience, plus £1.50 for non slip socks, so not too bad. So mid-morning Monday we drove down in the rain to Camberley kitted out in our leggings and baggy tees, ready to bounce our troubles away. 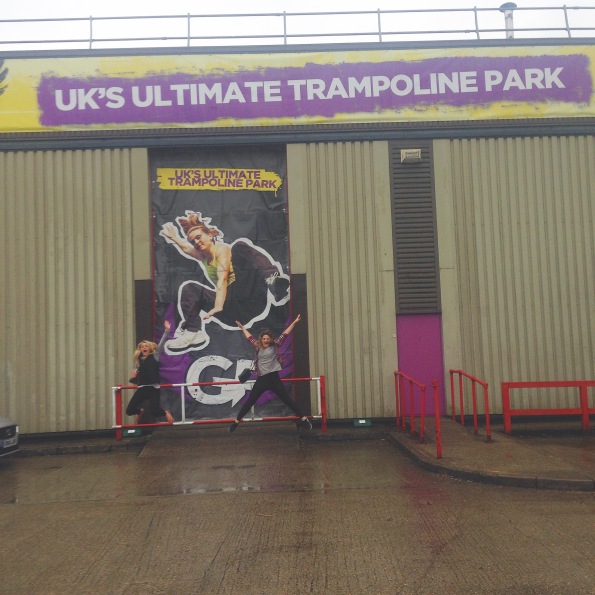 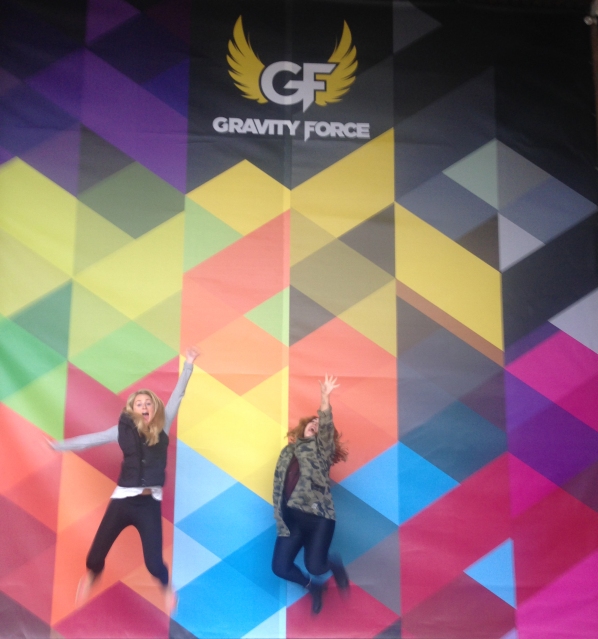 Cue cliche jumping poses outside the building. So on arrival we realised something. There were kids – EVERYWHERE! You could tell who was taking part by the bright purple non slip socks people were wearing. Most of the adults were not wearing these socks, and simply there to supervise. Oh dear. We queued up regardless, ready to sign in. We got our cool socks and found a locker to put our things away. We had some spare time before our jumping slot started, so we went up to where the trampolines were to have a lil looksie. Not going to lie, it was pretty awesome. Again, everyone jumping looked like they were a decade younger than us, but we didn’t care. There was the main jumping area with a number of trampolines all joined together, and springy walls which you could bounce off too. They also had two dodgeball courts, basketball hoops, and an AMAZING foam pit which you could jump into from a ledge, or from trampolines in the ground!

We had to attend a short safety talk before hand and then were let loose, practically pushing children out of the way, to nab the best and biggest trampolines! Monsters, I know. I haven’t been on a trampoline in years so was a lot of fun to bounce around and attempt the things we used to do as kids. The embarrassment soon wore off (after all I’m sure we could all pass for a few years younger than we are, right?) but then our age started to show as after about ten minutes we had to get off and have a break – we were knackered! We went back on soon after and powered through – those damn kids weren’t going to show us up! We played on the basketball hoops (badly) and then queued up for the foam pit. I jumped last out of my friends, and where I had laughed so much at my friends struggles to get out of the foam pit, karma definitely had it in for me. I jumped in, bum first, and soon the foam had engulfed me – it was literally like quicksand! It was SO hard to get out of (especially as I have zero core strength) and everyone was waiting for me. So. Much. Pressure. I managed to scramble onto my front and attempt some sort of clawing mechanism to pull myself out of the pit, but sadly in this process I lost one of my socks to the foam. RIP my new purple sock! I finally climbed back onto the trampoline and we all decided it was time to go home. Tired and sweaty and semi-sockless, we bundled back into the car, ready for a nap when we got home. 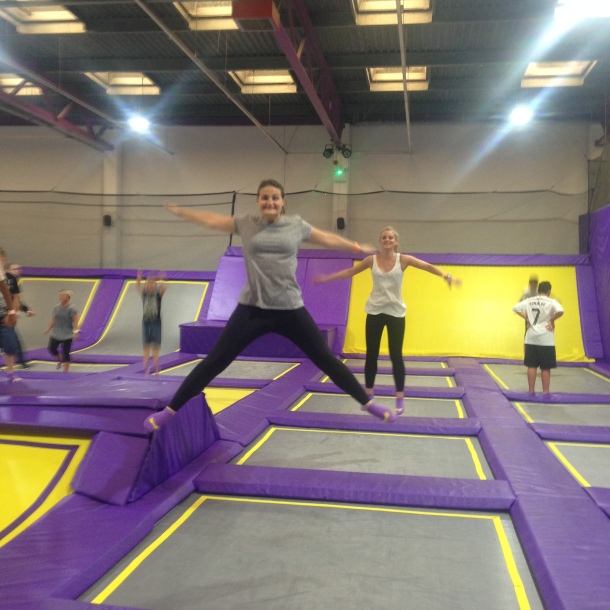 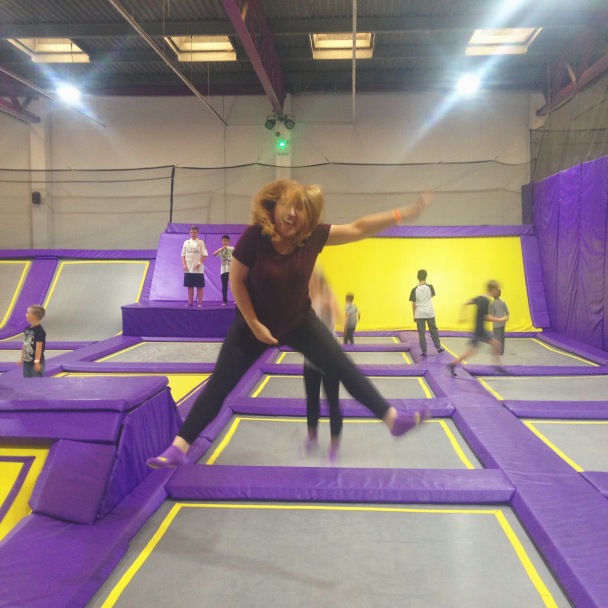