Last weekend I was lucky enough to go on an organised city break to Edinburgh, bringing B along for the ride. We flew from City Airport (which I didn’t know existed until a few days before hand) and arrived in freezing Scotland after a short while. We stayed at the Radisson Blu, on the Royal Mile – right in the centre of Edinburgh’s beautiful Old Town. The Hotel was great, we had more than enough space in our newly refurbished room, with a little card and some edible treats waiting for us on arrival from the duty manager. The hotel even had a ‘pillow menu’ with human names for each level of firmness – we shared our bed with a ‘Bruce’ that night! 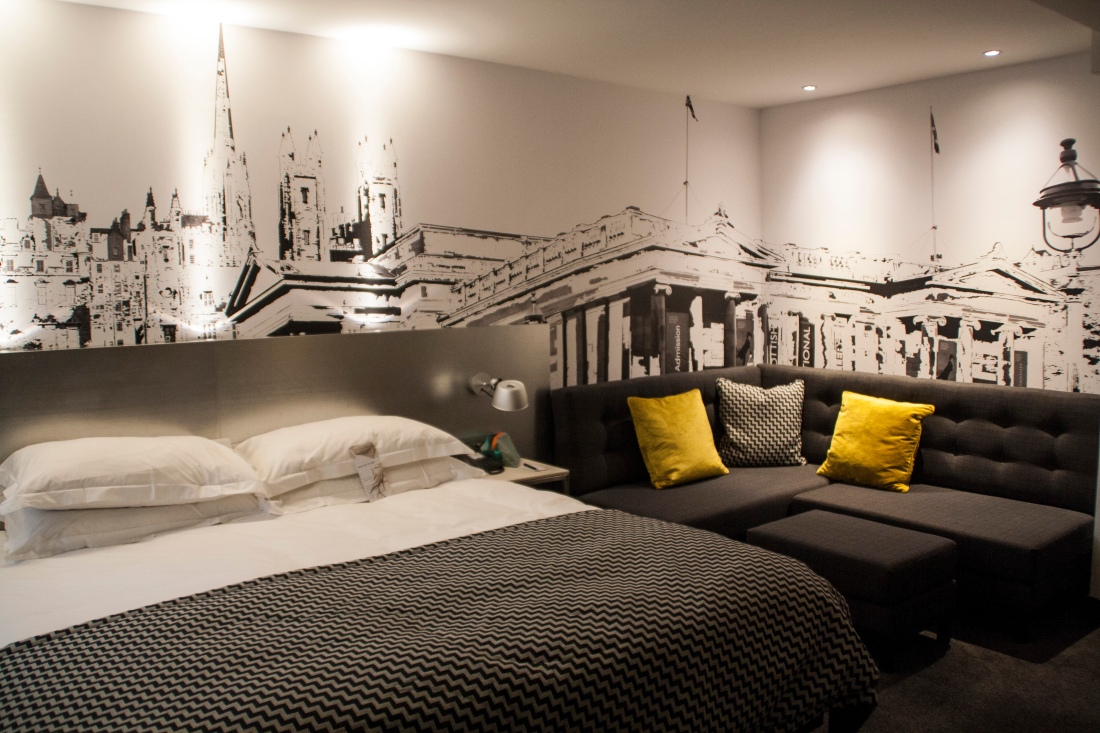 After we had dropped off our bags and had a nosy around our new home for the next couple of nights, we headed straight for Edinburgh Castle, which was just a short walk away. As expected the weather was rather chilly but luckily not raining (yet) so we got a clear view of the city below. Castles aren’t really my ‘thing’ – but it’s obviously a sight you need to visit when in Edinburgh, so we had a brisk walk around and got a few pics. B thought it would be hilarious to tell me ‘Edinburgh’ meant ‘Head in the clouds’ – as ‘burgh’ meant clouds… ‘Ed-in-d-clouds’ basically. And yeah I fell for it. I couldn’t believe anything he told me for the rest of the trip. 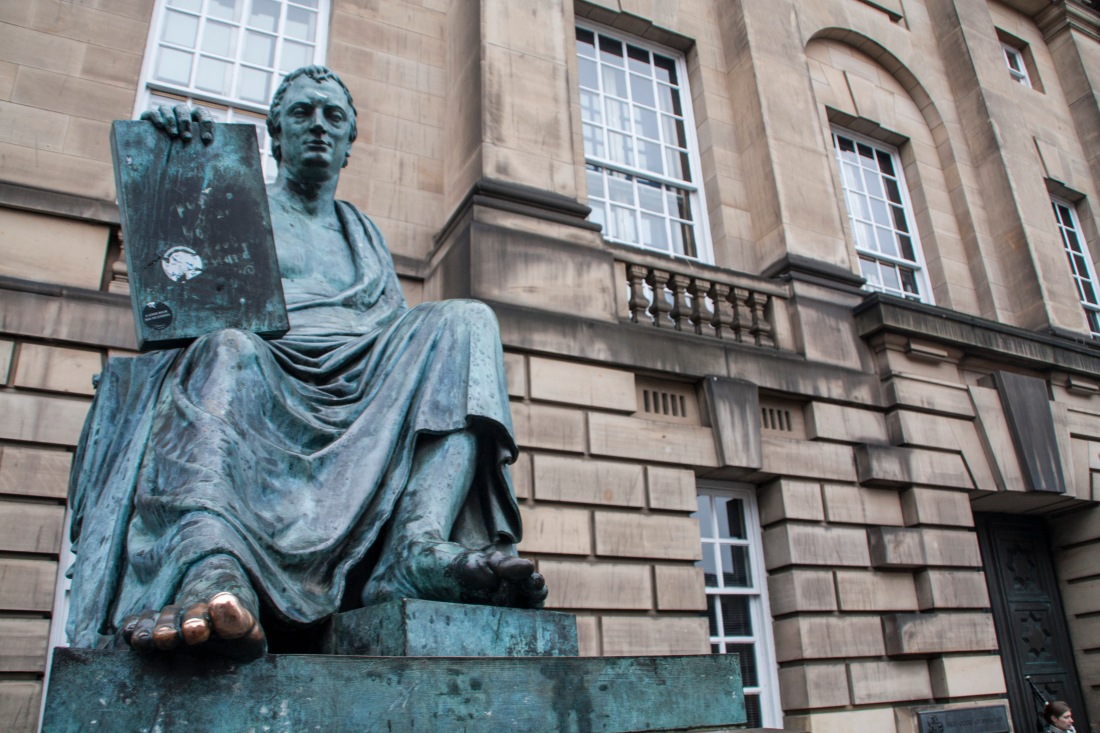 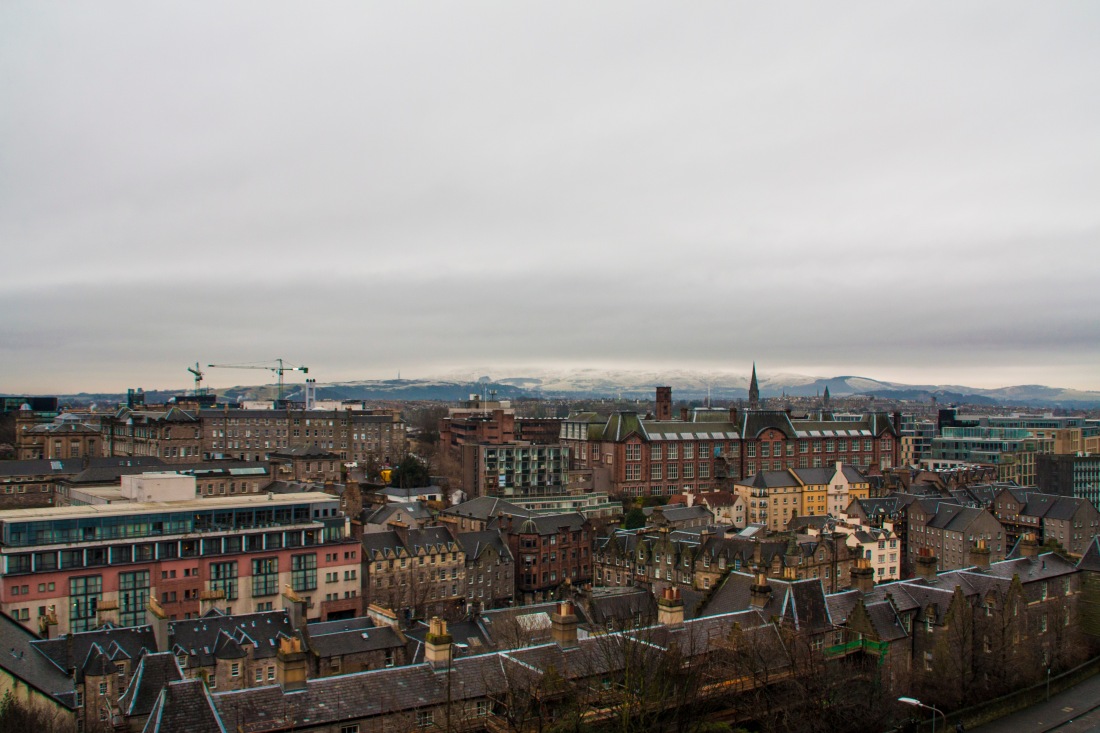 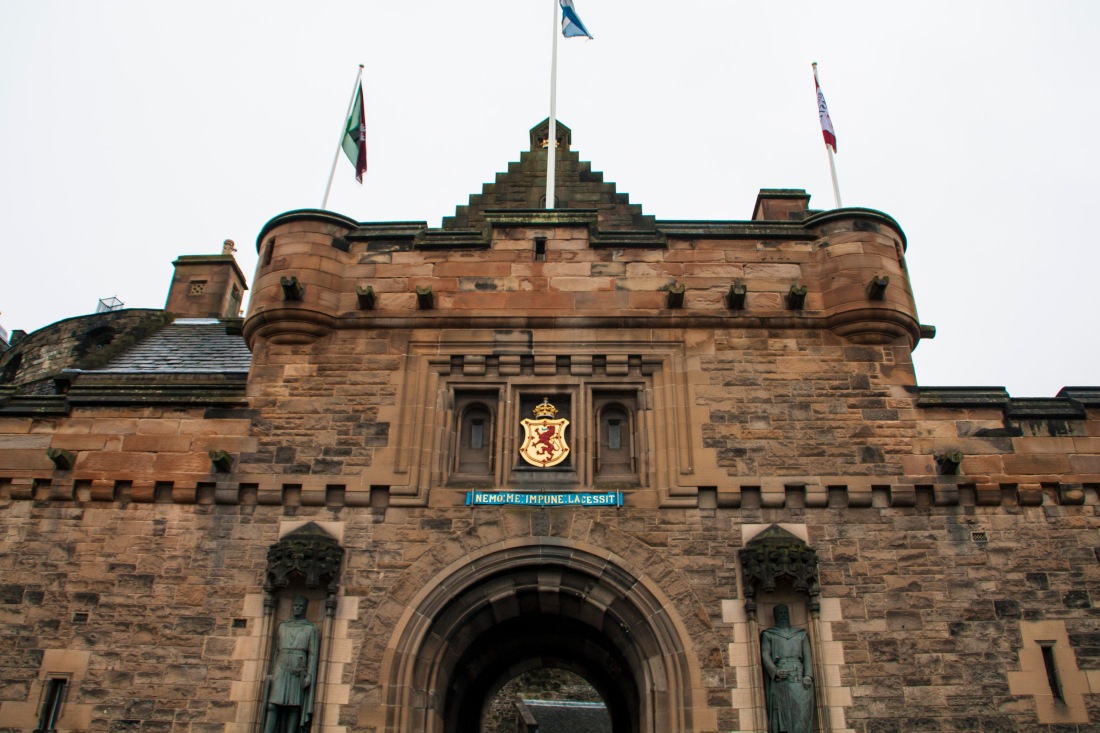 By this time we were starving so went on search for some food – B had checked a couple of Time Out lists of the best places to eat in the city, and we decided on ‘Burger Meats Bun’ – a burger place (with an awesome name) not far from the main shopping area. The place had a mixed feel inside of rustic modern, and their cute branding of little burger illustrations ran throughout the space. We were mega hungry so may have over ordered.. I went for a spicy chicken burger and cheesy chips, while B went for a bacon beef burger, chips and haggis balls – YUCK! When our food arrived it was a bit overwhelming, to be fair I was a bit annoyed that the staff hadn’t recommended we share a portion of chips as there were SO many of them! Oh well. The food prices in Edinburgh aren’t really any cheaper than London, so we paid around £17 each for our individual meals and drink included, which wasn’t overly cheap – but what we’re used to. I’d recommend anyone visiting Edinburgh to go have a meal at Burger Meats Bun, as the food was damn good… just order more wisely than we did! 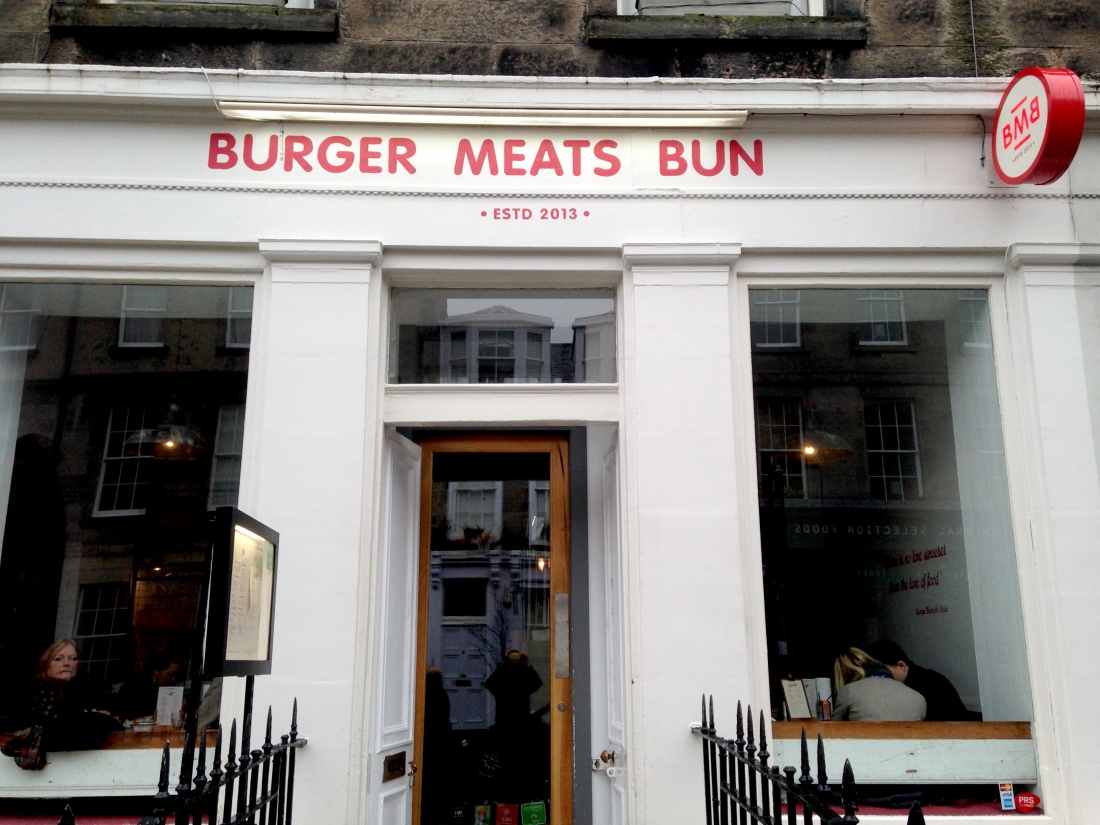 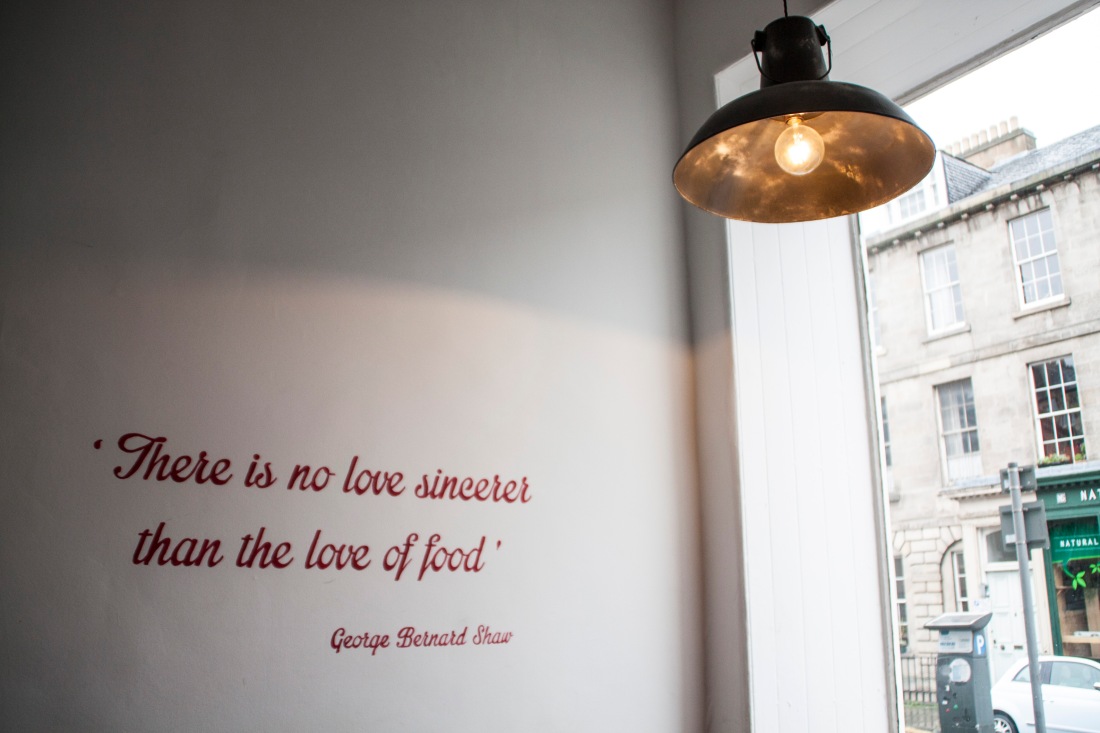 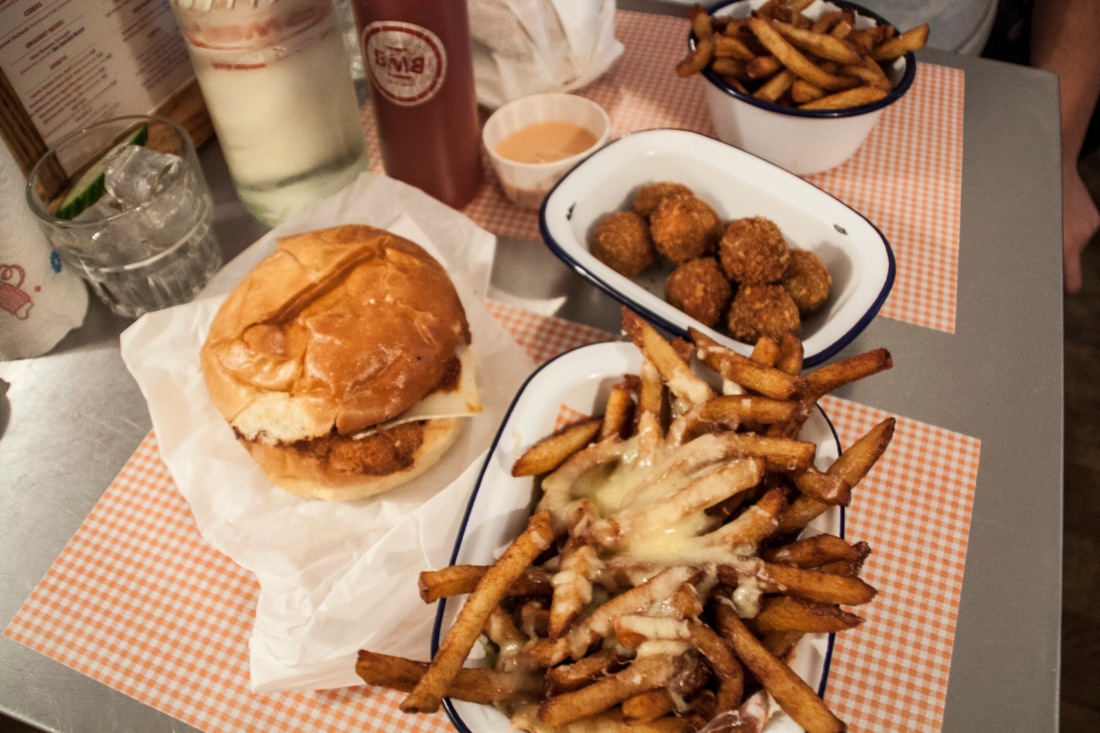 Re-energised after lunch, we went to The Scottish Museum of Modern Art (which was a trek away!) to go get some culture down us. There were two galleries, one we weren’t blown away by but the other was much more up our street. There was a Lichtenstein exhibition on which was cool, as I’d never seen his work in the flesh. There was also a lot of neon lettering outside which looked really effective against the dark sky. 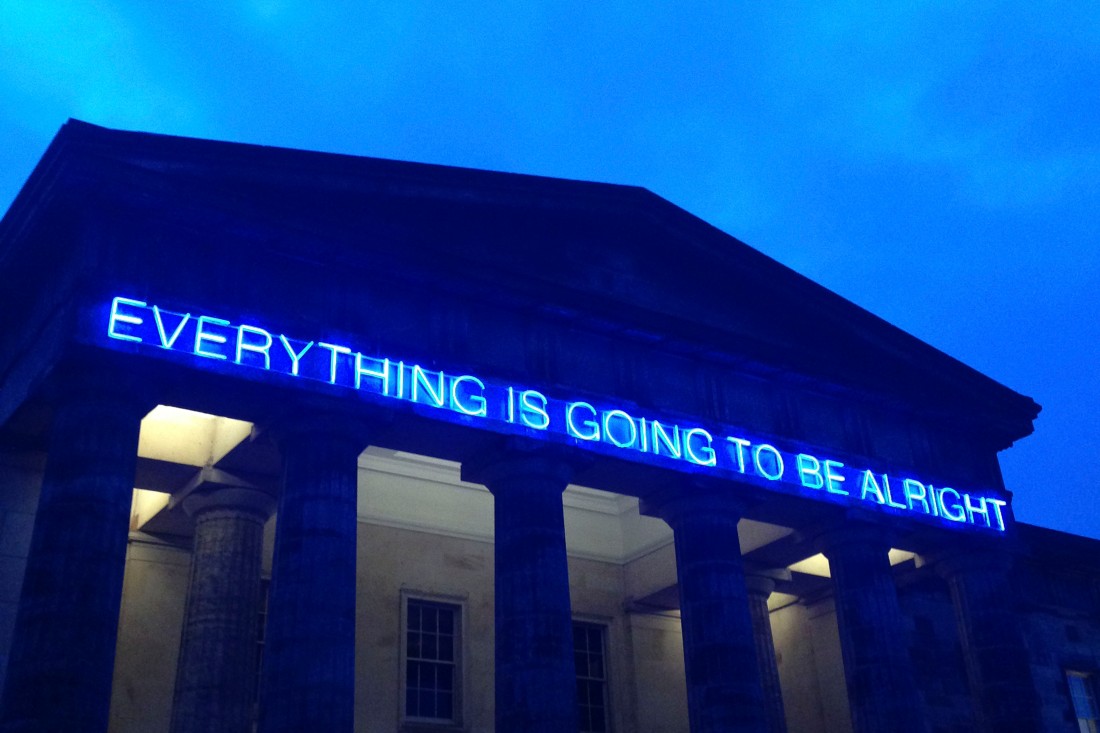 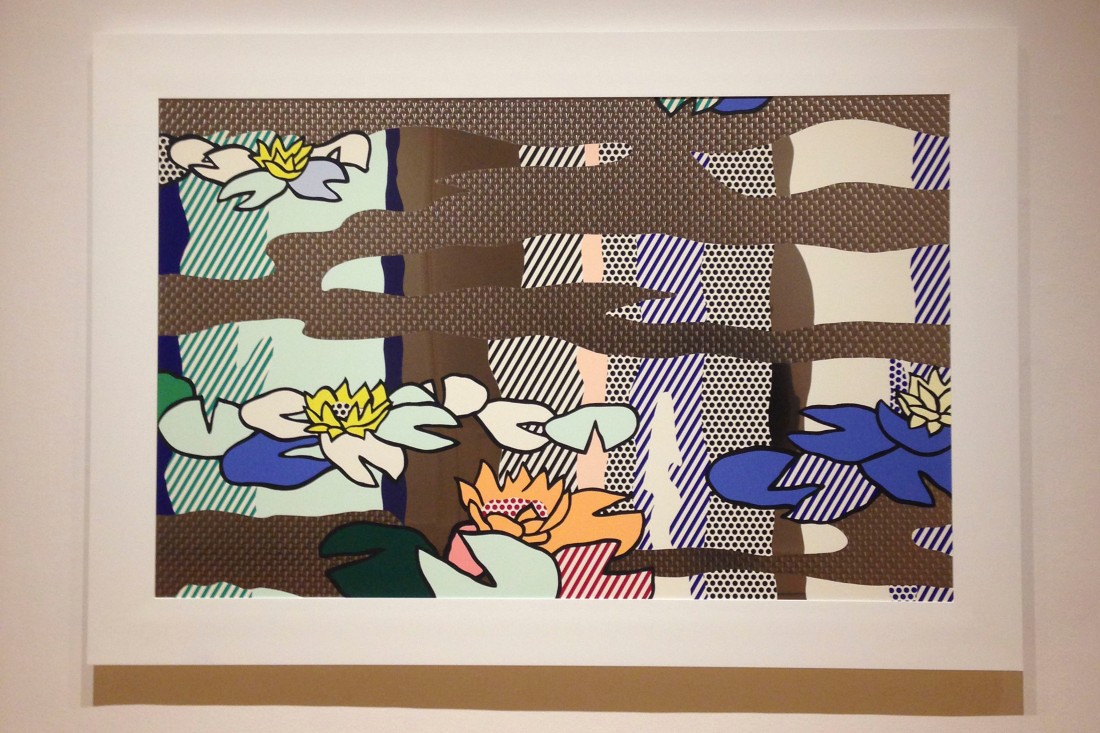 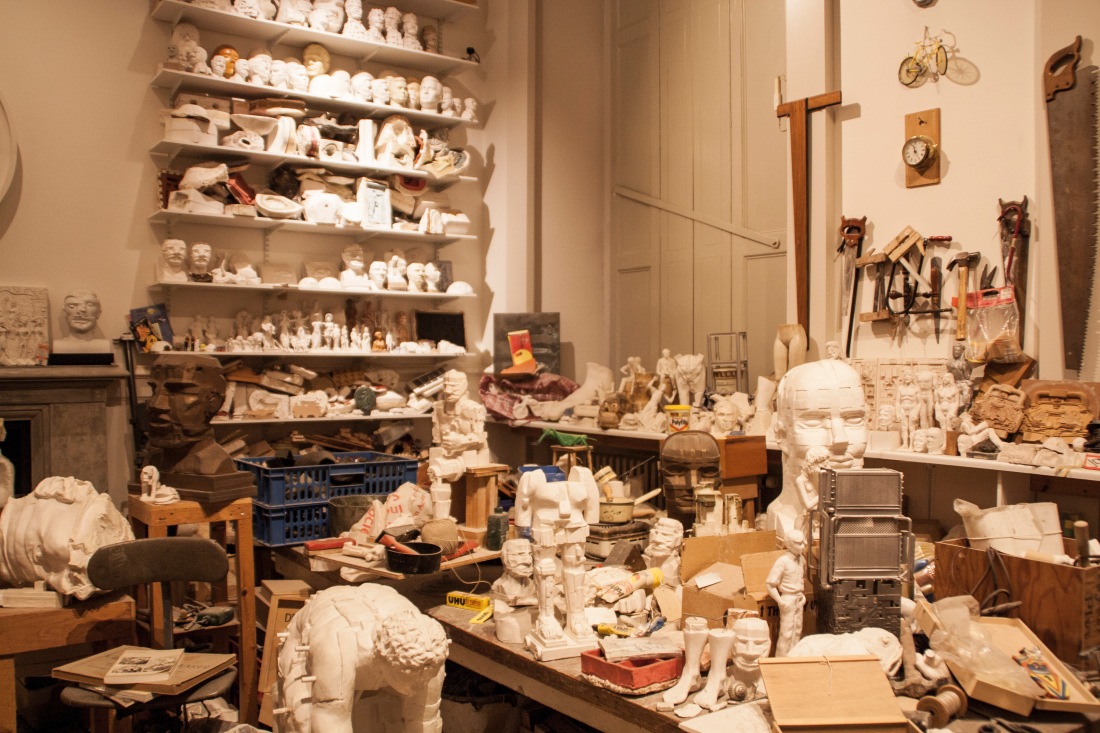 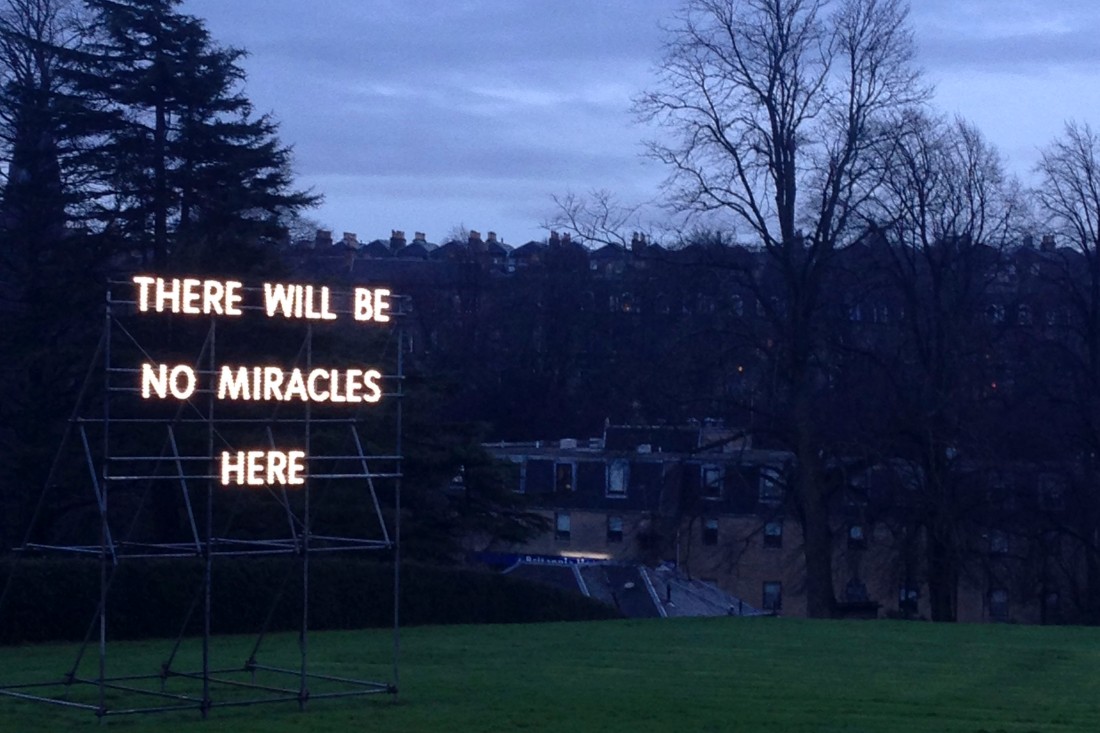 The next day we had an afternoon tea booked which was perfect as it decided to rain on and off all day! We cosied up by the fire while our tea, cakes and sandwiches were brought out to us as we lounged on the big leather sofas. Just as we started pouring our tea a random man came and sat in our reserved area, telling us ‘it’s nice by the fire isn’t it..’ and proceeded to read on his iPad. It was a bit odd as the room was completely empty at this point except us, and i felt we now had to speak really quietly and almost felt obliged to offer him a sandwich as he was sat that close to us! Never the less we enjoyed our tea and warmed up ready to face the cold of outside again. 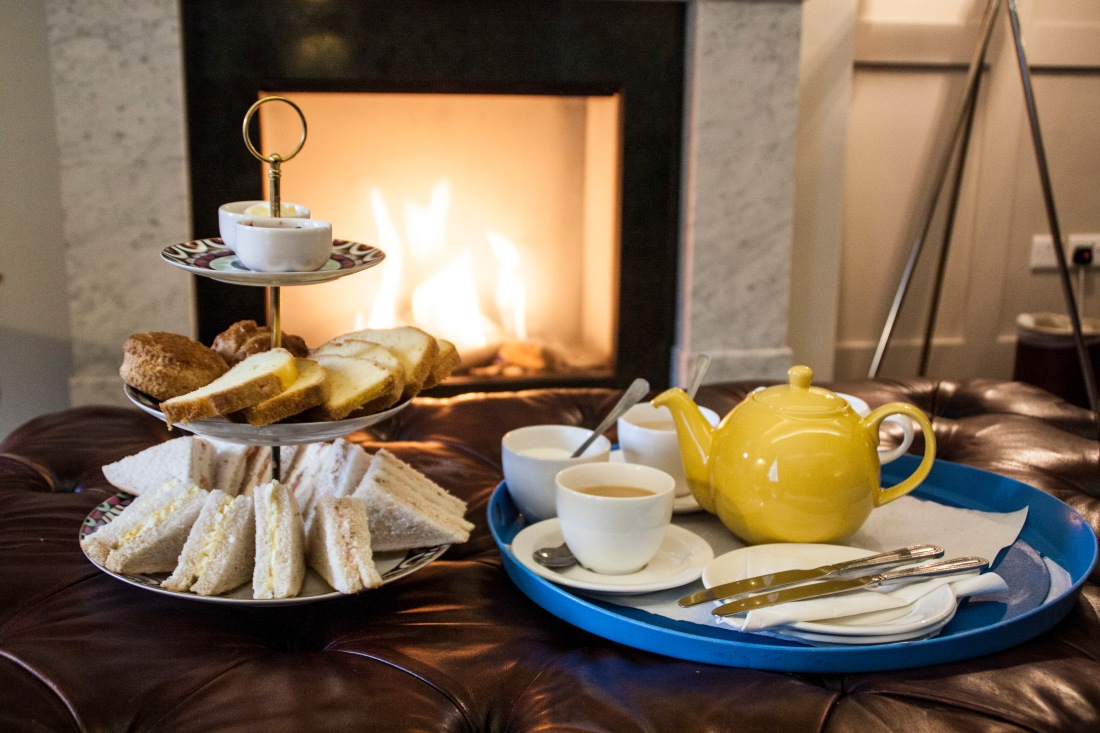 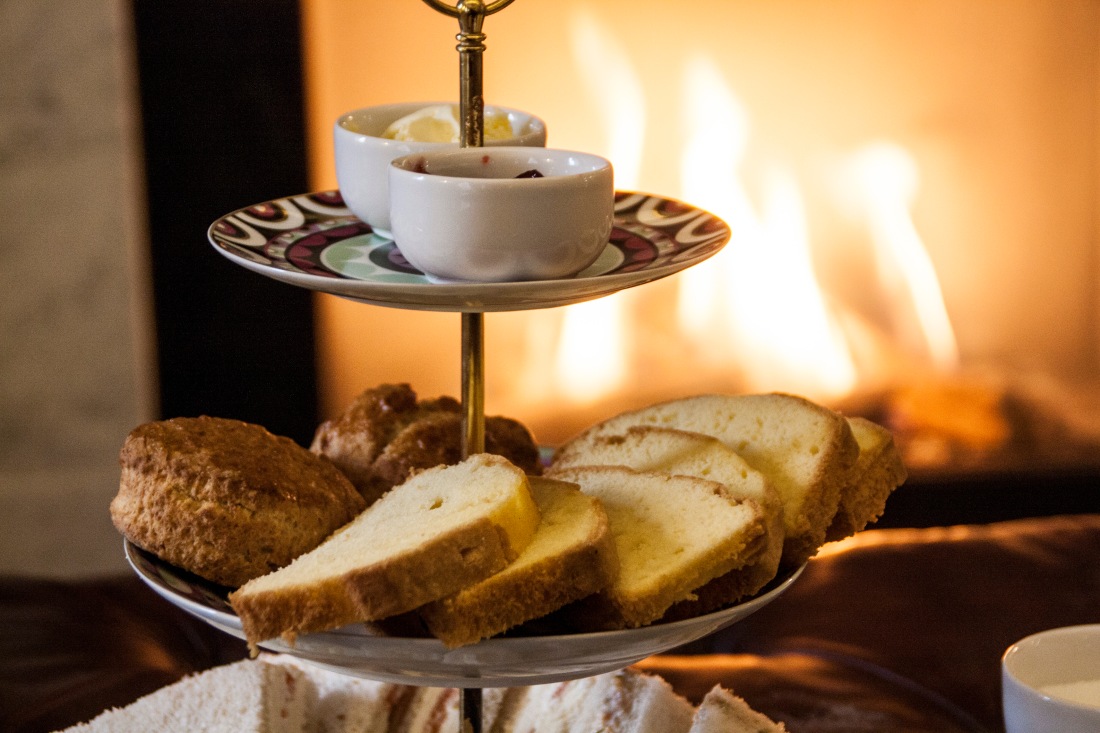 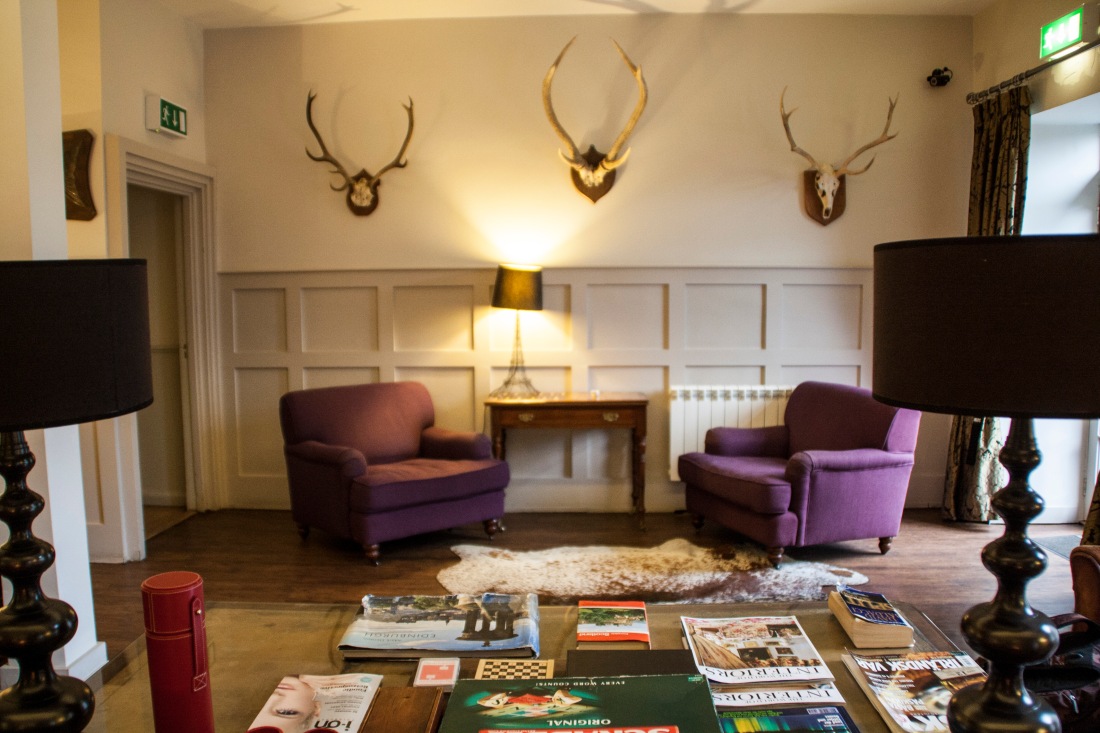 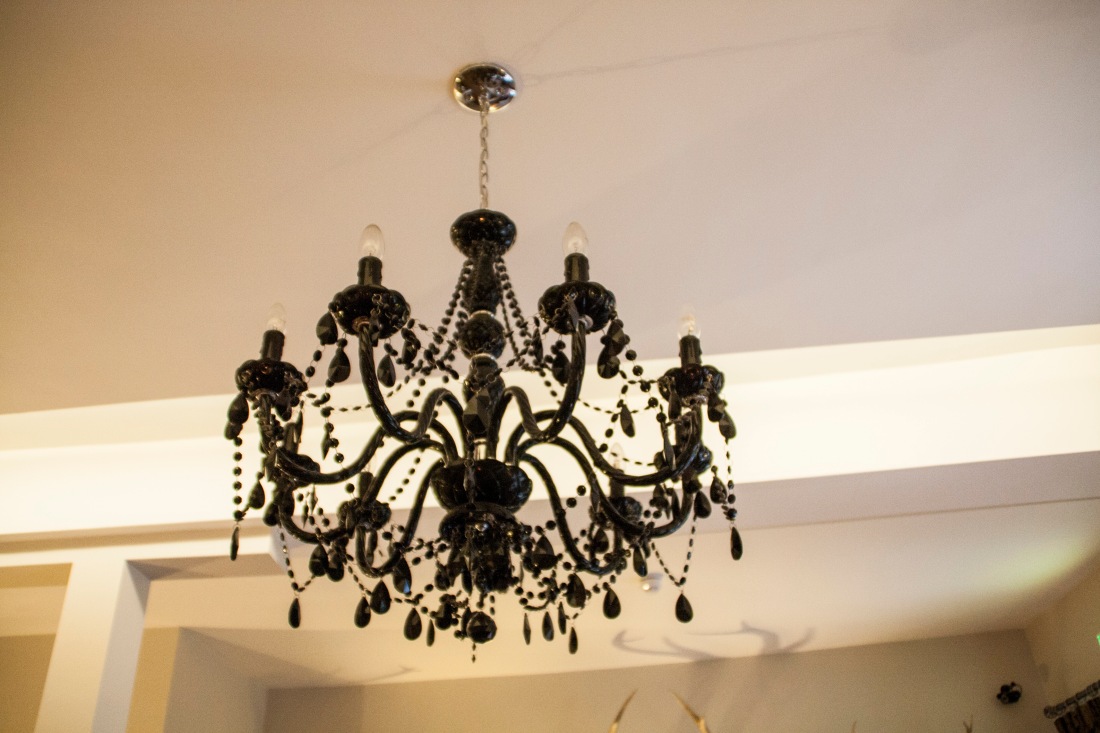 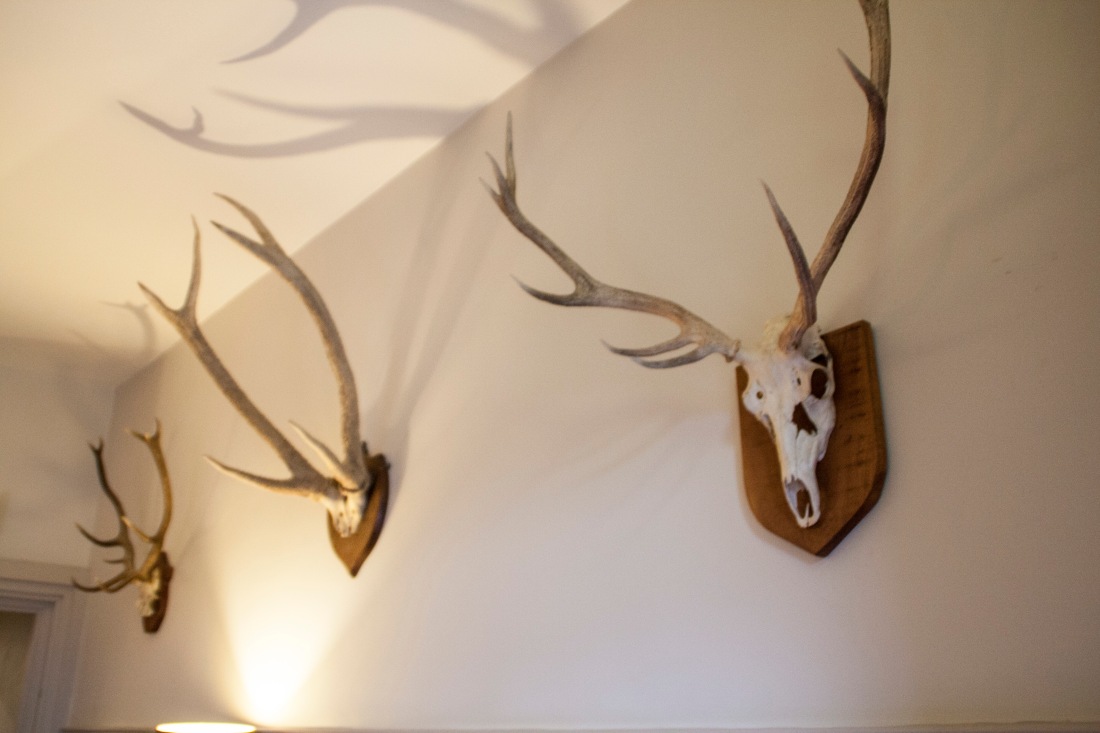 We had a lovely time visiting Edinburgh and really crammed a lot in to to our time there. We did a few more things that had been organised for us – but I can’t talk about them just yet (watch this space)! Edinburgh really is a great city and made a lovely first trip away of 2016!

2 thoughts on “A weekend in Edinburgh”