Moving into our new flat, I decided to take two weeks off work to unpack and sort our stuff out. Yes it sounds amazing, but come day two of living there, everything was in order and I was settled in… so what was I to do with the next 12 empty days? Well I’ll tell you what I did.. F*** all. This was mostly due to all my friends being at work during the day and me not wanting to spend money for the sake of it. Boo to being a grown up! During the times of boredom (after all you can only watch so much Jeremy Kyle) a low point was when I found myself staring out the window just waiting for my boyfriend to get home from work, and thinking it would be acceptable to have a glass of wine on my own around 11am. Saying that, between the boredom I did get to catch up with a few people on their lunch breaks, annnd I may have gone shopping – by accident – once or twice. Mostly though in my down time I caught up with a few things online and  and thought I’d share them with you. So if like me you had some spare time that you didn’t know what to do with, maybe check these out to stop yourself going insane…

BROAD CITY // TV Series //
I stumbled upon my now-favourite TV show ‘Broad City’ purely by accident while looking online for new episodes of ‘Girls’.  I’d describe Broad City as a grimy version of ‘Girls’.. but I have heard it be described as ‘Girls; but good’ (It wen’t downhill after series two, right?!). Starring New York comedy circuit regulars Ilana Glazer and Abbi Jacobson, Broad City started off as mini webisodes written by the pair, before being noticed by Comedy Central who (rightfully) thought they were pretty hilarious and decided to make a series. With Amy Poehler as an exec producer, you know it’s going to be good stuff..

The series focuses on Ilana and Abbi as they go about their New York struggles – Abbi an aspiring illustratior stuck in a soul crushing cleaning job, who is secretly madly in love with her hot neighbour Jeremy, and has a particular hatred for her roommate’s boyfriend Bevers who sits around in his pants all day playing computer games, eating all of her cheese. In contrast, her best friend Ilana flits around from job to job not really caring about anything or anyone (except her bezzie Abbi of course). Smoking too much weed, Ilana is often oblivious to how others react to her crazy antics, and her ‘purely physical’ relationship with mutual friend Lincoln is the closest she’s ever had to a boyfriend.

With a life revolving around drugs, humiliating (yet hilarious) situations, low income and sexual relationships, this isn’t a series to watch with your parents – although my dad is now a fan. Highlights include an episode called ‘Pu$$y Weed’ where it comes to light that Ilana keeps her stash in her bits.. and another where the girls resort to cleaning stranger’s apartments in their underwear to raise enough money for a Lil’ Wayne concert. So relatable, right..it’s like someone made a TV show of my life…? The show is so quotable and lines from the series are a common feature in texts to and from my brother on a weekly basis. Series two starts in January (wahoo) so all I can do now is sit tight, and re watch series one. I could not recommend Broad City enough, I beg you to watch it! You should be able to see all the episodes online here but here’s a lil’ clip…

@Jen.Collins // Instagram Account //
Anyone who knows me, knows I am addicted to social media, especially Instagram. I am fully aware my ‘# OOTD’s’ and ‘# WIWT’ clog up peoples home page, and I will shamefully snap pics of my dinner, much to other diner’s embarrassment. Meh. Most of the Instagram accounts I follow are fashion/beauty ones, as well as obviously my friend’s accounts. I also follow some graphic/arty ones, for much needed inspiration. One account I have recently grown fond of is @jen.collins, she is primarily an illustrator and her adorable creations are bound to put a smile on your face. 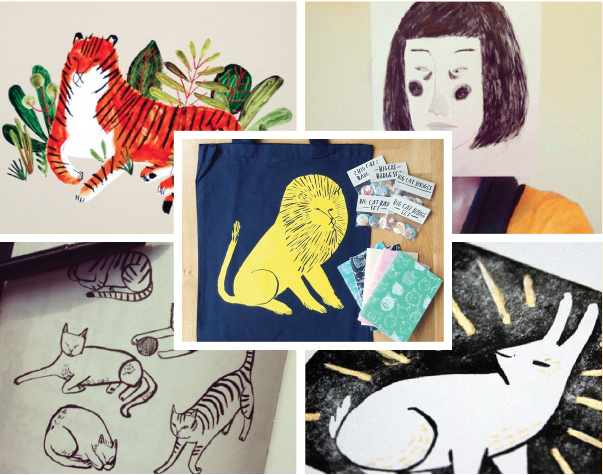 Jen also creates ceramics that hold the same style of her art works, which you probably won’t need, but will certainly want. All her stuff is available on her etsy shop (here) where she also sells hand made and illustrated cards, totebags and notebooks. Yet another gal living my dream. She is very much worth a follow, her hand drawn motivational postcards always make me feel a little bit better!

Zoella ft Miranda Sings // YouTube Collab //
I watch YouTube primarily to be entertained, but mostly because I’m so nosy. I have a love/hate relationship with lifestyle Youtubers; one minute I could be fascinated about what someone had for lunch, the next I’m switching off after two minutes, bored of hearing how their washing machine has broken (naming no names). One YouTuber all blogging girls will have heard of is Zoella. I won’t go into who she is and what she does, but lets just say she’s the biggest name in YouTube, and has found fame (and mega bucks) through her vids.. and yes I am mega jealous. So I was cruising YouTube on one of my many days off last week and under ‘suggested’ videos, was one where Zoella had collaborated with an interesting looking character, known as ‘Miranda Sings’. I recognised Miranda from a Nikki Minaj spoof video that went viral a while ago, where Miranda prances along the beach singing along (badly). Intrigued, I checked this Zoella-Miranda mash up, and ohhhh lordy I was not disappointed.

They took part in the ‘7 Second Challenge’ where they set each other fun and silly challenges (duh) to complete within seven seconds (duh again). Zoe sets cute funny ones like ‘do an impression of a hamster’, but it was Miranda’s that had me laughing out loud (cool) on my own in an empty flat (even cooler). Her challenges were.. different.. to say the least. With one being ‘you have seven seconds to pull out a tooth’ ummm. Anyway you have to see it for yourself, I just find her a funny lady. You can watch her Zoe play the seven second challenge below!

La Roux – Kiss and Not Tell // Music Video
That’s right, the ginger minx that is La Roux is back! Pause for gasps.. Okay so I know La Roux might not be to everyone’s taste or on people’s radar, but her new album ‘Trouble in Paradise’ is pretty damn good, and rather catchy. I love the branding of the album with all the David Hockney style paintings. 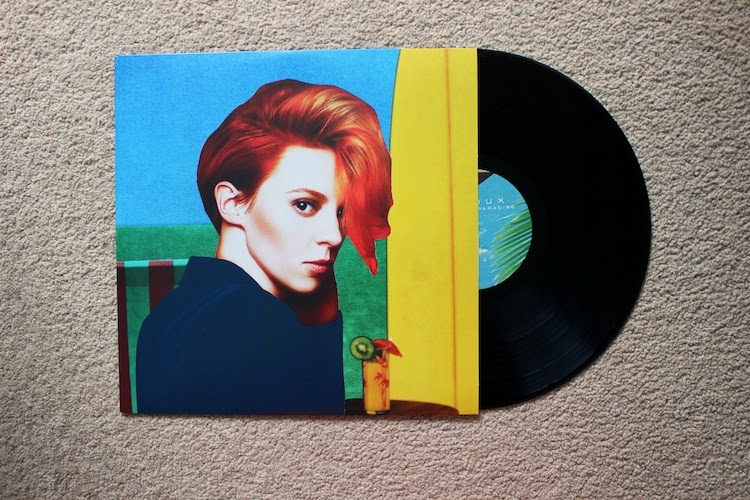 Most of all I love the styling for her latest single ‘Kiss and Not Tell’. Based around the idea of sex lines, the video is really colourful and graphicy, with Elly (yes, that is her real name) starring in TV adverts for the Kiss-and-not-tell phone line. The video is full of quick shots, many of which feature uhhh-mazing old 80s style telephones, my favourite naturally being the hamburger phone (very Juno). Check it out in the video below. 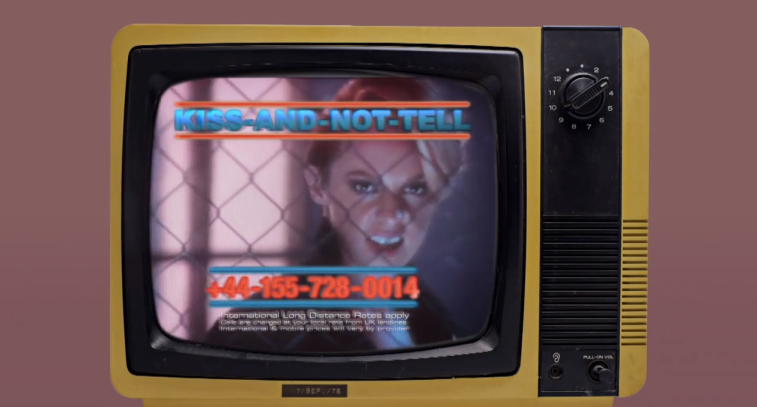 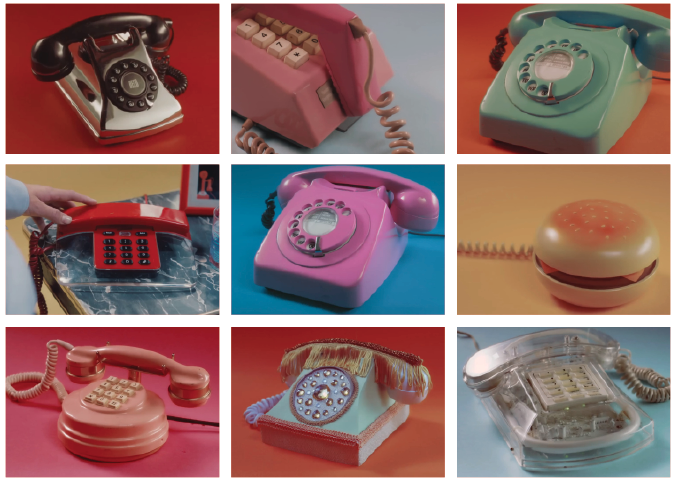