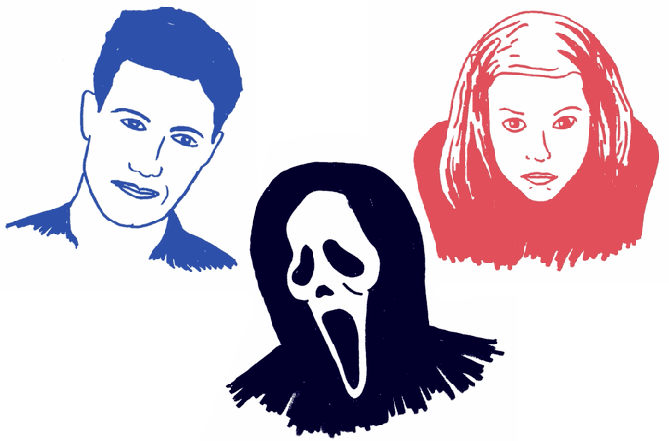 Last night me and Barney went to the ICA to see a screening of ‘Beyond Clueless’ – ‘The ultimate movie about teen movies’. The film is made up from a compilation of 90s teen movie clips, music from Summer Camp, and illustrations by my favourite illustrator Hattie Stewart. What’s not to love?! As IMDB states; “Beyond Clueless is a dizzying journey into the mind, body and soul of the teen movie, as seen through the eyes of over 200 modern coming-of-age classics”. Beyond Clueless started out as a project by 23 year old Charlie Lyne, who managed to raise funds over £12,000 through Kickstarter, and went on to write and direct the film. I still can’t believe Charlie is so young… and he looks so young, like he could be my son or something? Cudos for him for creating such a great documentary, which has done so incredibly well.

So onto the film itself. The ICA screen was tiny, fitting about 30-40 of us in, making it the perfect cosy setting to sit back with our sneaked in sweets, and watch some ‘vintage’ teen classics. The voice over spoke over many of the clips, explaining themes and plots throughout high-school set teen movies. I was happy to see many of my favourites covered in Beyond Clueless, including ‘Mean Girls’, ‘Ghost World’ and ‘Swimfan’. One teen movie that I hadn’t previously seen was 1996’s ‘The Craft’, which I am eager to watch asap. It also brought me shame that I still haven’t watched some of the huge names, like ‘Cruel Intentions’, and ‘I Know What You Did Last Summer’! I had to cover my eyes when they covered ‘Jeepers Creepers’ – that film gave me nightmares for years after I watched it as a teen, and I laughed when they talked about ‘She’s All That’… who would have thought the art geek was so pretty underneath those glasses, ay (spoiler: everyone). The icing on the cake was Hattie Stewart creating illustrations accompanying the film. Hattie had created moving typography for each chapter of the documentary, which popped up on screen before the film would continue. It was a lot more subtle than her most recognisable magazine doodles, but still had her quirky style running through.

You can still get tickets for Beyond Clueless here but I think it ends tomorrow! It’s really worth checking out and reliving some of those teen movies, for the fashion, cult scenes, and of course the heartthrobs.. Freddie Prinz Jr, where are you now?!

One thought on “Beyond Clueless”